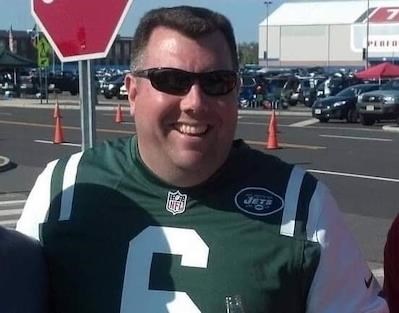 Steven Blecki, 52, of Wall, passed away on Friday, September 18 at home—lovingly surrounded by his family after a courageous battle with cancer.

He was born in Neptune, grew up in Shark River Hills, before settling in Wall. Steve graduated from Neptune High School and played lacrosse at Kean University.

Steve started his career in law enforcement working for the towns of Avon, Long Branch, and Colts Neck, and finished his career as a Sergeant with the Spring Lake Police Department, retiring in 2014. He continued post-retirement working as a Class II Officer in Belmar and Spring Lake, and also working in security at Wayside Elementary School.

He enjoyed riding his bike, NASCAR, playing softball, and spending time with his friends and family. He was an amazing father, husband, and friend.

He was predeceased by his parents, Bill and Jane Blecki. He is survived by his wife Shari, daughters Chelsea and Madison, sisters Jill Blecki and Laura Palmisano, and many nieces, nephews, and cousins.

Friends and Family are invited to view from 4-7pm on Monday 9/21 at Ely Funeral Home, Neptune. Burial will be held Tuesday 9/22 at 10am at St. Anne’s Cemetery, Wall. In lieu of flowers, please consider a donation to Memorial Sloan Kettering.